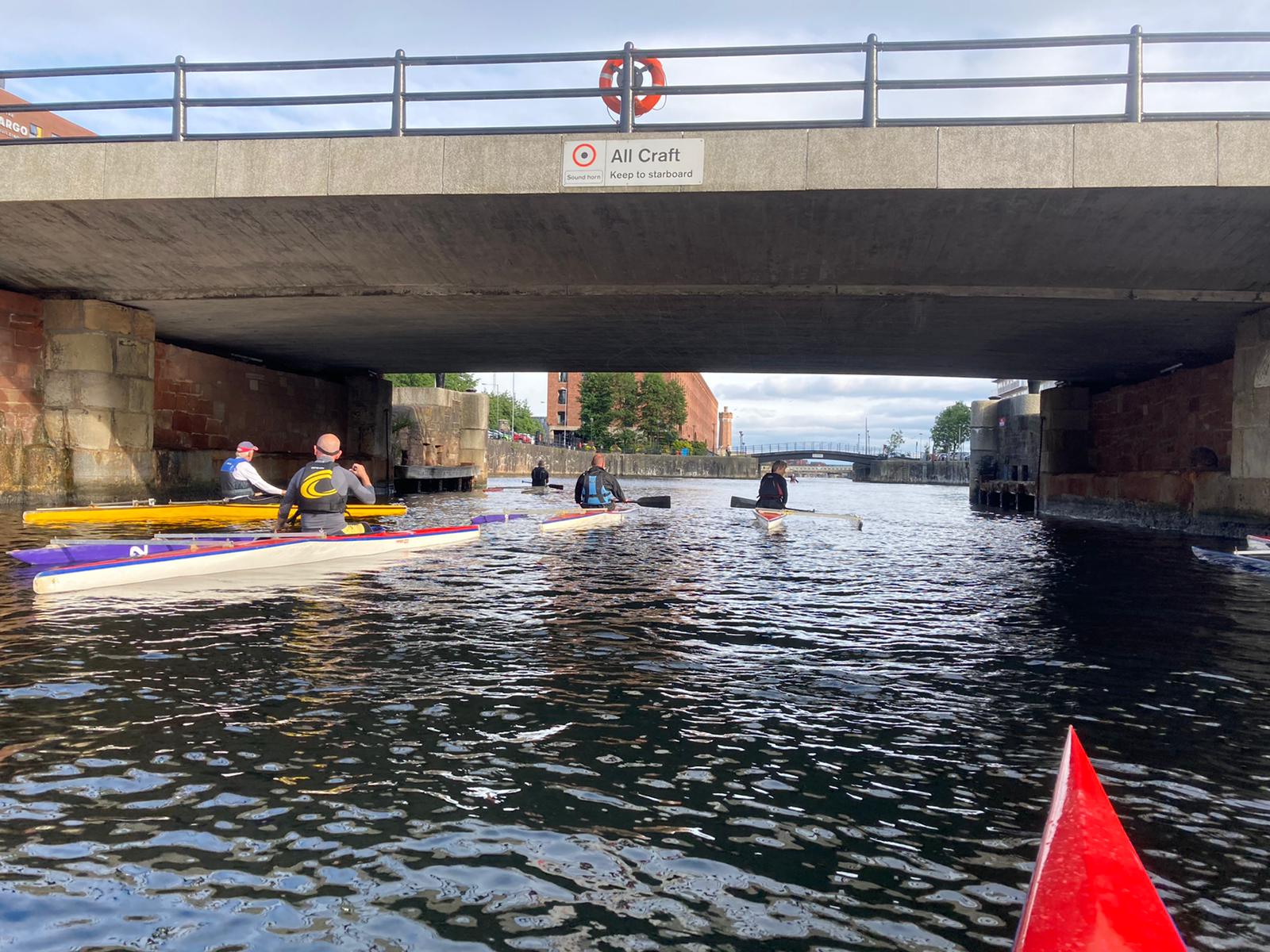 This is all about having the opportunity to exercise in a single paddler boat but with the safety of qualified coaching. It’s as effective as any personal trainer gym session, covering core, cardio and strength. However it has the added benefits of being on the water, outdoors in a fantastic setting. The type of boat we use is an O1 (outrigger for 1 person) , similar to a kayak. You can see examples in the pictures throughout this article. Unlike a kayak we use a single blade paddle.

Having successfully run our first single paddler water sports for beginners (and less experienced paddler) session, Amathus are now holding a follow up class. Here we explain how the first one went. Hopefully we can encourage you to give a future session a go. Not only is it fun, but highly beneficial for a number of reasons. If so email, call or contact the club by social media to enquire for available slot

What Happens on Arrival

On arrival at the centre Amathus have a well worked procedure to ensure your safety in these times of social distancing. First it would be introductions to the coaches and other attendees. Then the head coach will give a briefing on safety, equipment and how the session will be set out. He will assign an individual coach to each beginner. The assigned coach will then help you with your boat and equipment.

How Does the Session Work?

Your assigned coach will look after you on the water. You will learn the the basic skills of becoming a competent 01 paddler. Following the session, each paddler can work towards club qualification of 01. Those skills include boat assembly, set up, safety checks and capsize procedures. For a more extensive list, see below. Although you will work with your own coach, the Amathus head coach will also provide further technical paddle tips throughout.

The majority of attendees find training on a 1 to 1 but as part of a larger group highly enjoyable. It can be a new experience that is also beneficial to the mind.

The session will last approximately 2 hours.

When you return in your boat to the landing stage, your coach will again help advise on getting out. As part of club policy Coronavirus policy you will also need to clean down the relevant parts of your boat with the provided disinfectant materials.

What Do You Get from a Water Sports for Beginners Session?

What skills will I learn?

When is the next Session?

Will be run on Tuesday 7th at 6 pm. For subsequent sessions, please enquire.

What do I Bring?

What you would probably wear for a run. Training shoes aren’t suitable for in the O1, but if you have plimsoles or boot shoes they will work. Alternatively you can use socks.
Bring a change of clothes, towel and water bottle.

I have a question not covered here 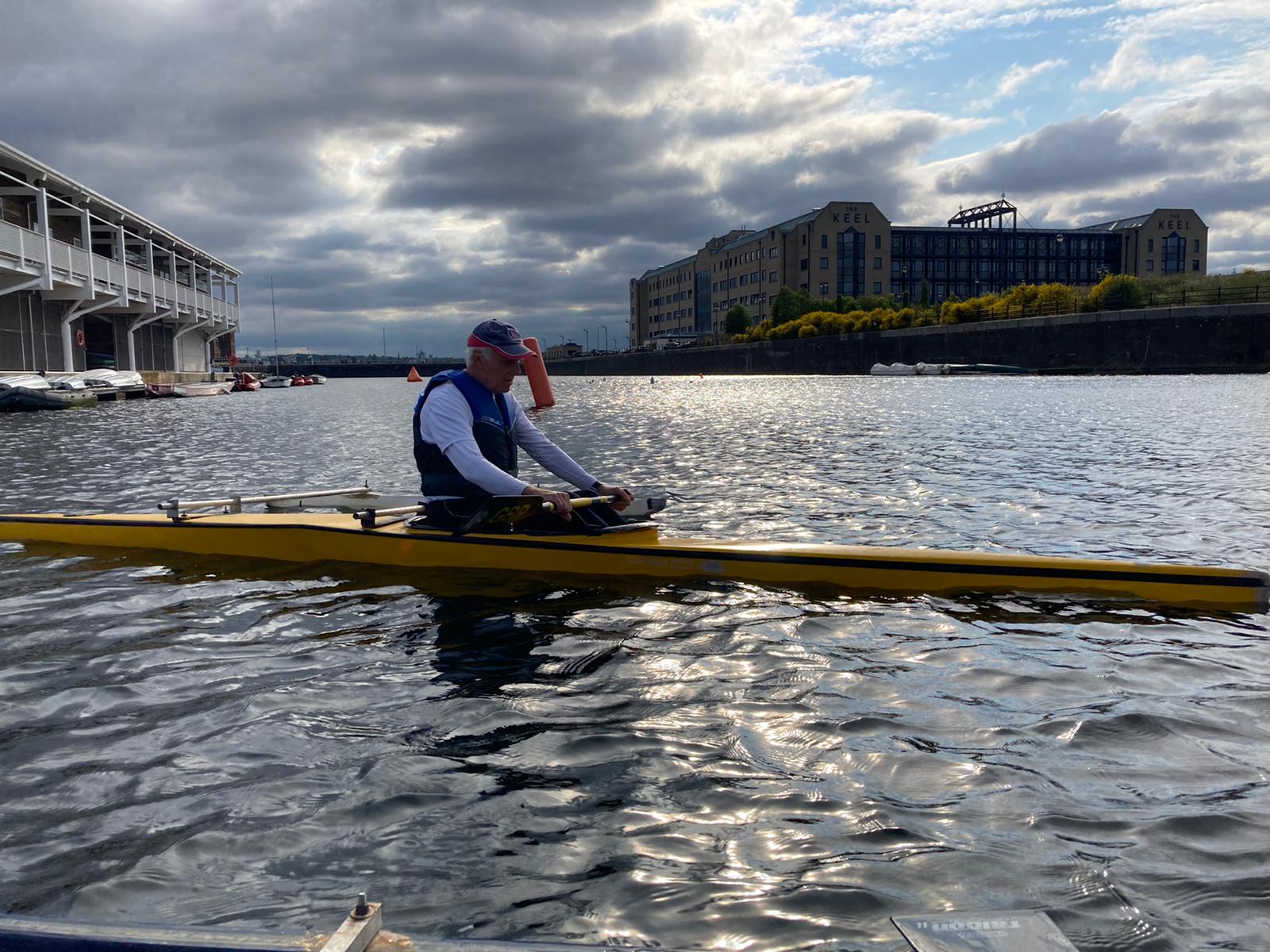 In line with government guidelines, Amathus Dragon Boat Club are now running single paddler boat sessions. Although on a limited basis, it is a welcome return to water exercise for club members. A lot of planning has taken place to enable safe water sports training in coronavirus times to happen. This included discussions with the British Dragon Boat Association (BDA) and the Liverpool Watersports Centre (the home of Amathus). Having successfully implemented and fine tuned social distancing sessions, Amathus are now extending this service to newer paddlers. We will follow up with additional articles, once we can safely accommodate people new to the sport and the use of crew training.

What We Did to Make it Safe

Our first step was to examine BDA advice which in turn honours government guidelines. Having done so it was clear that we could work on a feasible plan for presentation to the operators of the water sports centre. The result was to run a small headcount session of 6 people, three of which are highly certified coaches.

The water sports centre provided exclusive use to Amathus to help with social distancing. Exclusive use has continued for all subsequent training sessions. Having developed a workable process for single boat sessions, sessions are now open to all club members on a rotating basis. BDA membership for all sessions is mandatory as this ensures all paddlers are insured.

What We Are Providing Next

Amathus are now extending their Water Sports Training in Coronavirus Times to less experienced and novice club members. The sessions for less experienced paddlers are run on a 1 coach to 1 paddler basis. The first session is on the 30th June 6 pm t the Liverpool Water Sports Centre. It is now fully booked, but please contact the head coach at Amathus for further sessions. At the time of writing it is unclear as to when any crew training can recommence. Once further information is available, Amathus will add a revised or new article.

When are the sessions?

Training sessions for the more experienced paddler are currently held on Wednesday and Friday at 6 pm. For availability and booking please contact the head coach, Dave Bangs.

How do I book for a session?

In the first instance speak with the head coach who will provide information on availability and session suitability.

What are the arrangements at the water sports centre buildings?

A one way system is in operation at the centre. With the exception of the boat cage, the centre buildings (e.g. café, lecture room, changing rooms etc) are not open. There is a portoloo in the car park.
Free car parking is still available.
Amathus have a full written policy that provides further details on procedure on arrival, preparation to getting on the water, the water session and what to do getting off the water. For a copy, please contact the club. Please read the policy before attending.

What do I need to bring?

How much does it cost?

For existing members the usual club membership or single session fees apply. Please ensure your BDA membership is paid as this is essential for insurance purposes. For new members or people trying out for the first time, please confirm details with our coaches.

I have a question not covered here 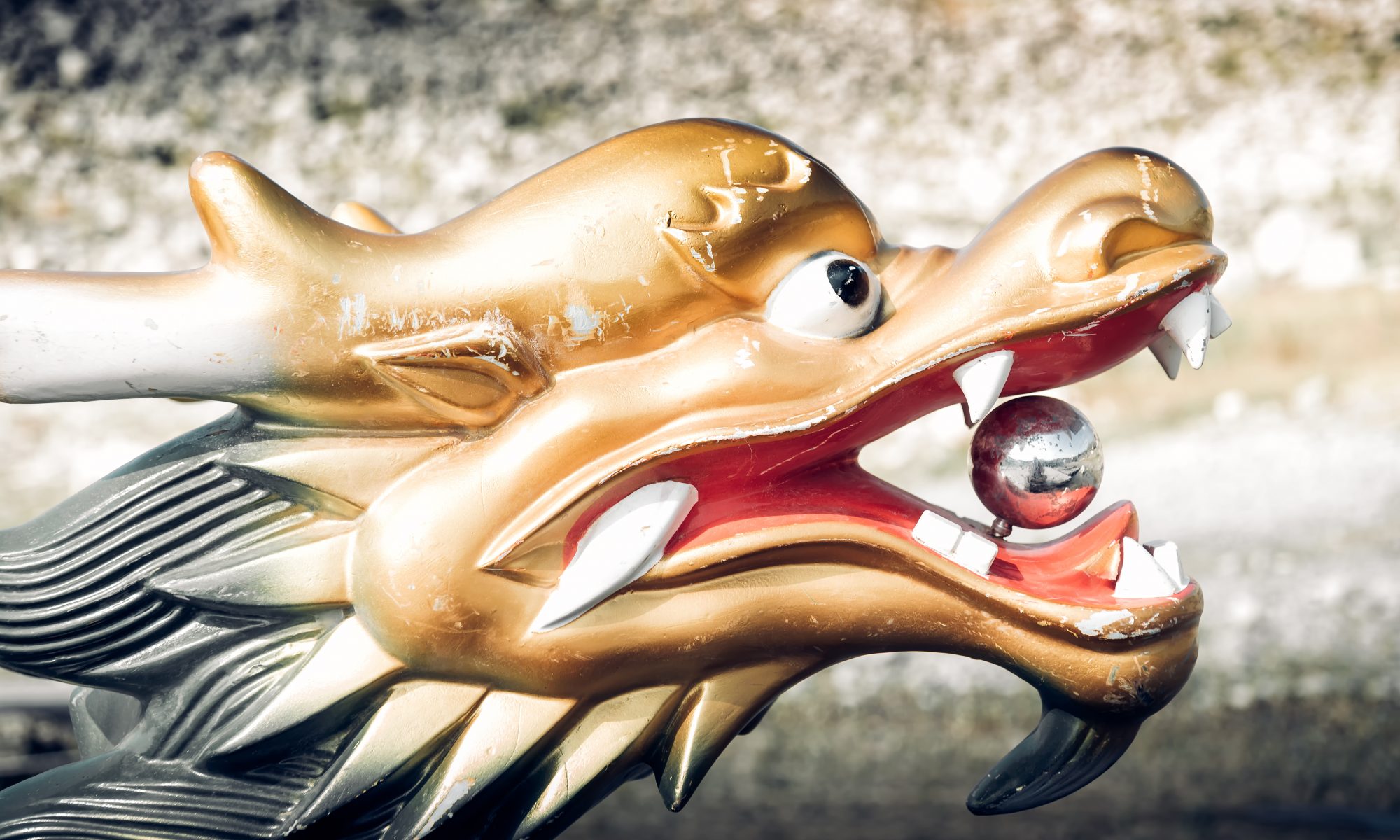 The history of dragon boating dates as far back as 2,500 years ago. Originating among fishing communities along the Yangtze River in Southern-Central China. On the 5th day of the 5th lunar month of the Chinese calendar, locals participated in a ritual designed to appease the rain gods. The desire was to, encourage rainfall and celebrate the summer rice planting. Also, the dragon of Asia is a traditional symbol of water It rules the rivers, seas and dominates the clouds and rains.

The myth of Qu Yuan emerged in written form as early as the 7th century AD. Qu Yuan, a poet and high-ranking official of the Warring States Period was exiled from his state by a corrupt king. When he heard that enemies had destroyed his court, he drowned himself out of sorrow. Legend states that villagers went out in the river with boats and drums to try to rescue his body. To do so, they threw sticky rice dumplings (zongzi) into the water to prevent fish from eating his corpse. However, they were unable to find him. Qu Yuan committed suicide on the fifth day of the fifth lunar month. Resulting from this, zongzi are traditionally eaten on this day.

Due to political changes, the Chinese discouraged dragon boat racing during the Cultural Revolution (1966-1976). Authorities associated it with feudal superstition and deemed an outdated custom that aligned poorly with the revolutionary spirit of the time. Consequently, they banned dragon boat racing for a while, adversely affecting the sport’s popularity.

The Dragon has a very symbolic meaning for the Chinese. A classic dragon has;

With its strength and power the Dragon rides the clouds in the sky and commands the wind, mist and rain.

In 1976 the Hong Kong government, began to promote the sport of dragon boat racing to boost tourism. As a result, the modern era in the history of dragon boating began. At the later date of 1991, the International Dragon Boat Federation (IDBF) was created. the British Dragon Boat Association (BDA) and the European Dragon Boat Federation are IDBF founder members. The IDBF convened a set of institutional rules and regulations governing the sport. Now, over sixty countries around the world, including China, participate in dragon boat racing. China alone has circa 50 million dragon boaters. The Hong Kong Dragon Boat Festival draws thousands of athletes from different countries every summer.

In the UK the BDA operate a national league for clubs around the country. Similarly, they manage Great Britain representative crews that race in international competition at European and World events. As well as the national league, a number of associated organisations, such as 4 Dragons run charity and corporate events around the UK.